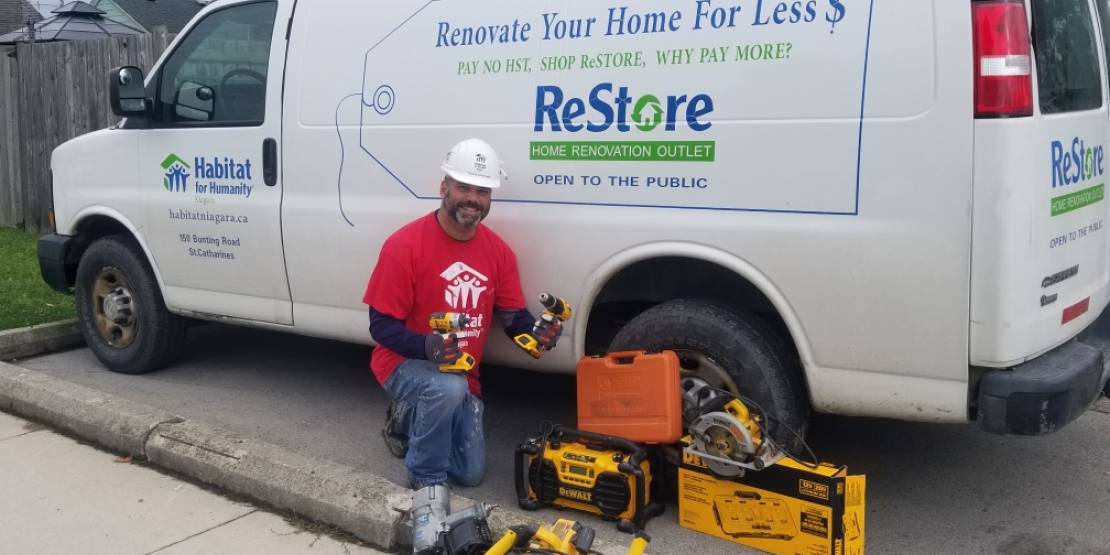 WELLAND, ON – Welland police contacted Habitat for Humanity Niagara informing them they have found the tools stolen from the their construction trailer last week. The tools were recovered during a drug bust by the Welland police.

After arresting a Welland man on drug trafficking charges yesterday, police searched the home and found Habitat Niagara’s tools along with a variety of drugs.

“When we received the call from the police, we were surprised the tools had been located at all,” said Keith Gowans, Habitat Niagara’s COO. “We are currently assessing the inventory and inspecting the tools to see if they are still usable.”

Only one-quarter of the stolen tools were recovered from the home and many more are still missing.

“When the news got out last week about the theft, we had an overwhelming response from the community,” said Mark Carl, Habitat Niagara’s CEO. “They sent us messages disappointment that something like this had happened to a charity, especially since we needed the tools to start our next house build just days after the theft.”

Habitat for Humanity Niagara would like to thank the public and many businesses who have come forward to support the replacement of the tools through financial donations, so that Habitat could continue the construction of its new house on Fourth Avenue in Niagara Falls.

“We are very grateful to the police for recovering some of these tools,” said Mark. “The tool and cash donations we received will help us continue our build program and replace the tools that weren’t recovered. We are humbled by the outpouring of support and would like to thank everyone for thinking of Habitat and the families for whom we build houses.”