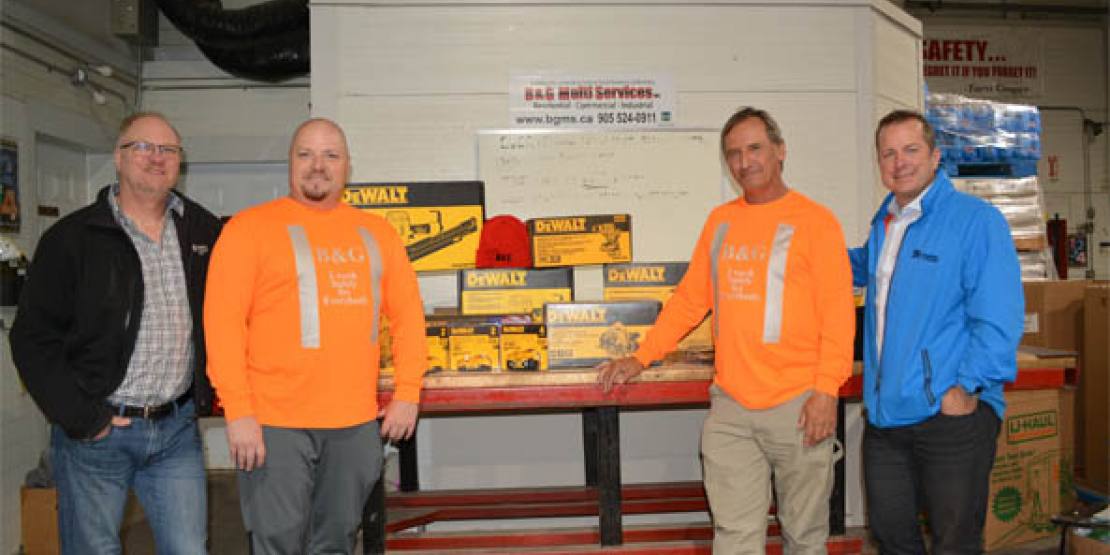 It’s been just under two weeks since Habitat Niagara had all of its tools stolen from their construction trailer, and the organization is making a comeback thanks to the generosity of the public.

The tools were stolen two days before it was to start building a house on Fourth Avenue for a family of five, and Habitat Niagara’s construction staff quickly secured a small amount of tools to start the construction.

Public outpouring came in as soon as the theft reached the media, messages of disappointment that something like this would happen to a charity, along with tool and cash donations.

One such individual, (Jason) Chase, Director of marketing and Client Relations for Ontario Construction News, sent e-blasts out to his readers informing them of the tool theft and letting them know that if they can make a donation (monetary or new tools), then he will match the value of their donation with advertising on its website.

“Knowing the great work Habitat does and how important tools are to not only the volunteers but the people who will eventually be living in the home,” explained Chase. “I wanted to help by sharing the story.”

“I spent 20 minutes working with this on a Monday morning and I could not have envisioned the response,” said Chase. “It is great to know people from our industry are so generous!”

Guy Cruickshanks, President of B&G Multi Services explained why he donated tools to Habitat, “When we leave this world all we leave behind is what we’ve done.”

Additional donations came in from the Niagara Casinos and other individuals who wanted to help out, and Home Depot in Niagara Falls also wants to get involved.

“The tool and cash donations we received will help us continue our build program and replace the tools that weren’t recovered (from a recent drug bust),” said Mark Carl, Habitat Niagara CEO. “We are humbled by the outpouring of support and would like to thank everyone for thinking of Habitat and the families for whom we build houses.”

In addition to thanking the public and businesses who supported the replacement of the tools, Habitat Niagara would like to thank the local media channels for getting the word out about the theft.